The first hint of Doris Collins incredibly talents came when, just twelve years old, she heard a disembodied voice which saved her sisters life.
Some have tried to prove her a hoaxer-but they have always ended up convinced of her honesty and of her extraordinary abitliies.

Medium and psychic noted for her reported powers of clairvoyance, prediction, and psychic healing. She was born February 10, 1918 and grew up in Essex, England, the youngest of a family of nine children. Like many psychics, she said her first psychic experiences occurred during childhood. Her psychic talent seemed to have emerged at the age of five or six, when she stayed for a time with an aunt in Manor Park, East London. Collins played in the garden with a pretty little girl named Connie, but was later told by her aunt that Connie (her daughter) had been dead for several years. Collins had also seen her own dead sister, Emmie.

At age 12, when her parents were out for the evening, Collins was in bed when she heard a voice warning her to get her sister Lily out of the downstairs room, where she was playing the piano. Collins called out to Lily, and as Lily left the room, part of the ceiling collapsed and a large slab landed on the piano stool.

Collins was reassured about the experiences by a medium who was the mother of one of her girlfriends at school. The medium explained to Collins that she had a psychic gift, and this was also confirmed when Collins attended a service at the local Spiritualist church. There a medium gave her a message for her father from Emmie. The message so impressed Collins's parents that they visited the Spiritualist church themselves. In later visits to the church, Collins went into trance.

After her first marriage and the birth of a son, she developed a talent for spiritual healing and also for clairvoyance. In 1958 she became president of Woodford National Spiritualist Church, Essex; she later became vice-president of the Union of Spiritual Mediums (now renamed the Institute of Spiritualist Mediums). Among her visitors was a government official from Trinidad and Tobago, where her fame had already spread. Collins's healing talents resulted in several visits to the West Indies to heal prominent politicians. Eventually, she became a resident psychic at the Spiritualist Association of Great Britain, headquarters of British Spiritualism.

As her psychic abilities became well known, she was invited to travel and made trips to the United States, the Philippines, Australia, New Zealand, Switzerland, and Finland. In London she demonstrated her psychic gifts at the prestigious Royal Albert Hall. She made many friends among stars of the entertainment world, including Peter Sellers and Michael Bentine. Together with the equally famous Doris Stokes, she was regarded as one of England's leading psychics through the 1980s. 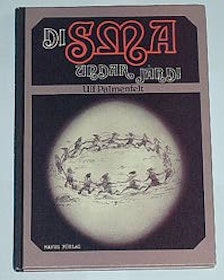 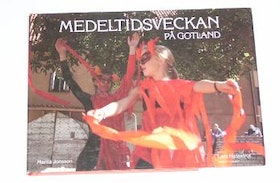 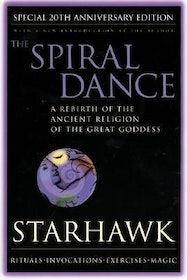 Starhawk, "The Spiral Dance: A Rebirth of the Ancient Religion of the Great Goddess" HÄFTAD SLUTSÅLD