Said Saleh first published this encyclopedic work in 1976, and updated it in 1978. At the time it was the first truly comprehensive work on Saudi Arabia. In the preface the author said that: "there is an astonishing difference between what now exists in 1977 and what Saudi Arabia was like twenty or thirty years ago." Indeed, if the author is still "with us" I'm sure he would find the transformation in the Kingdom even more astonishing 30 years further on.

Perhaps half the pages in the book are photographs, and they are accompanied by short articles that are written in rather simplistic language for the general reader. The true strength of the book is indicated by the title: it is a panorama, and Saleh's range of topics is impressive. He starts with a brief history of the country, segues into customs and etiquette. Next there are sections on Islam, including naturally the Haj and Mecca (so spelt before the official English spelling was changed to Makkah), but also providing answers to questions as to why Muslims do not eat pork and why men are circumcised. A now familiar topic he addressed is the "facts and fictions in portrayal of Arabia and Arabs by some contemporary western historians," and he starts with Herodotus, who did have some monumental misunderstandings.

His range also covers calligraphy, swords, perfumes, ardha (the traditional dance), rawshans (the balconies of Jeddah), dams, education, cuisine, the news media, fauna & flora, archaeology, artists, camels (naturally!), the Arabian horse, hunting hawks, and much more. He also has extensive sections on underwater life. There is a section on why dogs pant, and the kangaroo rat which never drinks. He also had a page on the famous and now defunct scheme to tow icebergs from Antarctica to the Kingdom to provide fresh drinking water.

Each photograph or drawing is a true historical artifact, portraying a place, building, or activity that no longer exists, or has been vastly transformed. In fact, a few of the pictures and drawings would probably not be permitted in a modern book sold within the Kingdom; such are the vagaries in style degreed by the religious establishment.

Although the photographs have a unique historical value, overall I found them weak. Rarely did they convey the magnificence of the topography. Some were out of focus, for no reason, and in two cases the same photography was repeated on a different page. Particularly annoying was the lack of captions on some of the pictures. I'd want to know where the picture was taken, for example, the fountains on page 165, and there would be no indication. In terms of content, despite some extensive pictures of the Petroleum and Mineral University in Damman, the startling omission from the book is the oil industry itself! Essentially no pictures of oil terminals, pipelines, drilling rigs, etc., in short, the true catalyst for the Kingdom's transformation is simply not there. Finally, the last section on the book is on dhows, the ships that sailed the Indian Ocean and the Gulf. However, there is no indication where they are actually located; from the pictures it would appear to be Oman. Thus they should not be included in a book on Saudi Arabia without proper attribution.

Given the caveats indicated above, overall, the book is a solid, panoramic view of the Kingdom just PRIOR to its accelerated transformation during the "tufrah," the oil boom. 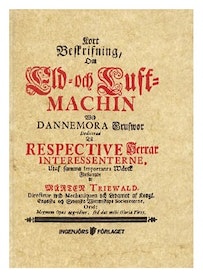 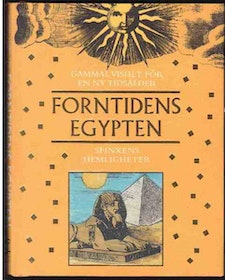 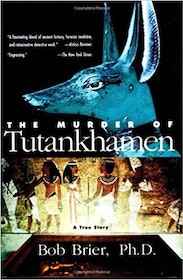 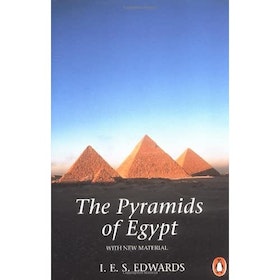 Edwards I E S "The Pyramids of Egypt" POCKET
48 kr 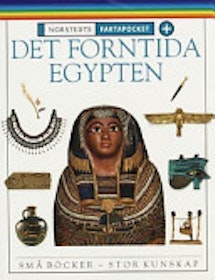